Adolf Reich was a ‘genre painter’. His passion was capturing the everyday, the ordinary, and the seemingly unimportant moments in life, which rendered him the nickname ‘the Austrian Spitzweg’. These portraits of waitresses doing their work are a perfect example of his style.

Left: this painting shows the vaulted ceiling of the Hofbräukeller in the background and guests being served by the waitress from the other painting.
Right: on the back of the painting we find the stamp of ‘Franz Dury, Mal- und Zeichen-utisilien’, München. Franz Dury was a renowned store in Munich selling painting materials and accessories. The stretchers of the Heinrich Knirr portraits of Hitler, for example, also bear the stamp of Franz Dury. 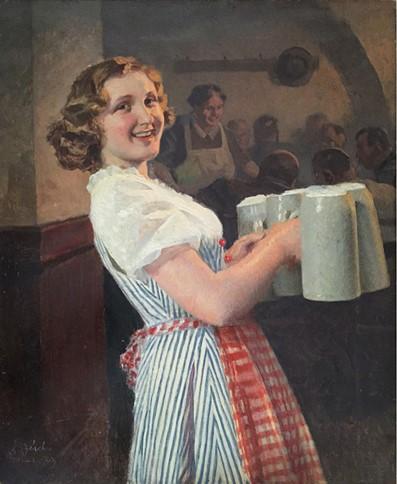 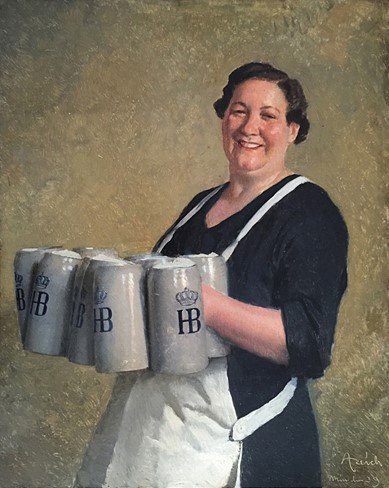 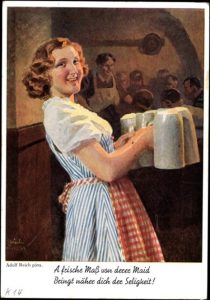 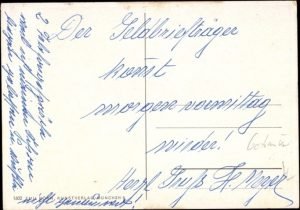 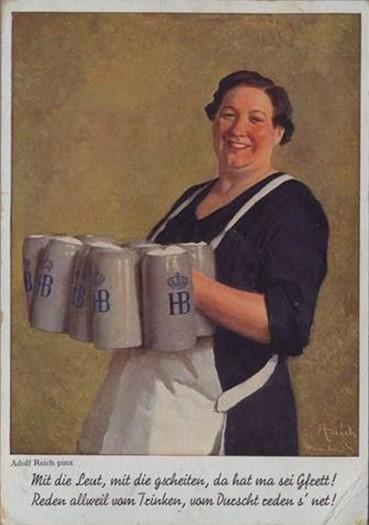 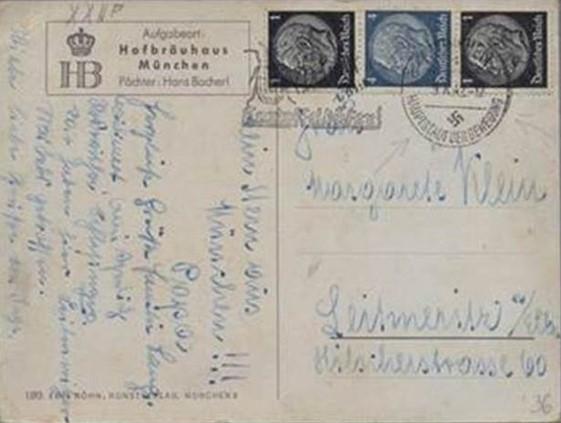 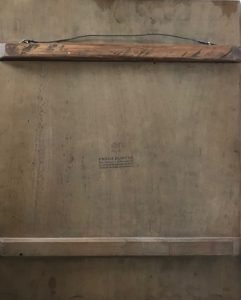 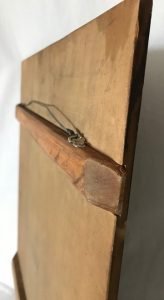 Adolf Reich, ‘Hofbräuhaus’- Schwemme’. Signed 1939, size 69 x 49 cm. Notice that exactly the same waitress is depicted. However the center point of the painting is the contemplating German soldier; alone, surrounded by drinking, unconcerned civilians. It is 1939, the year that World War II began.
This painting was also depicted on postcards issued by the Hofbräuhaus. 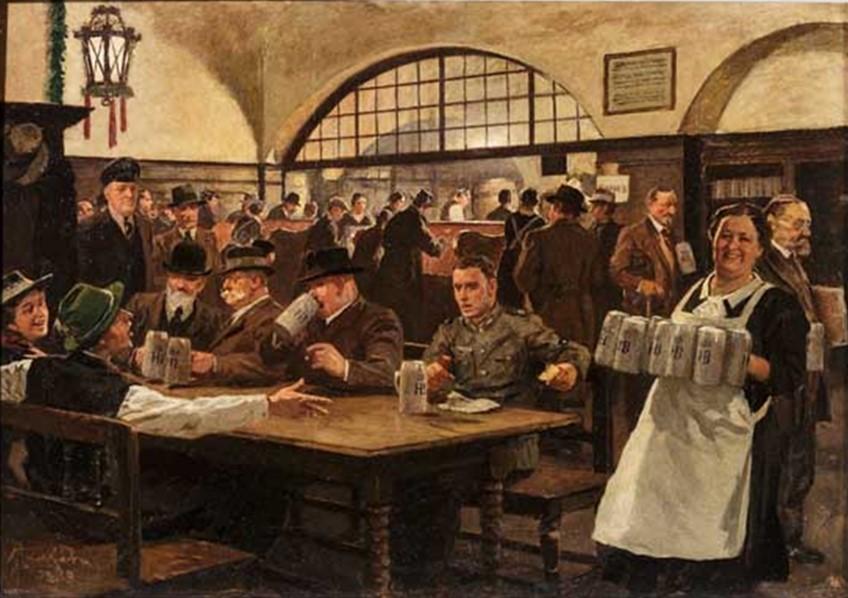 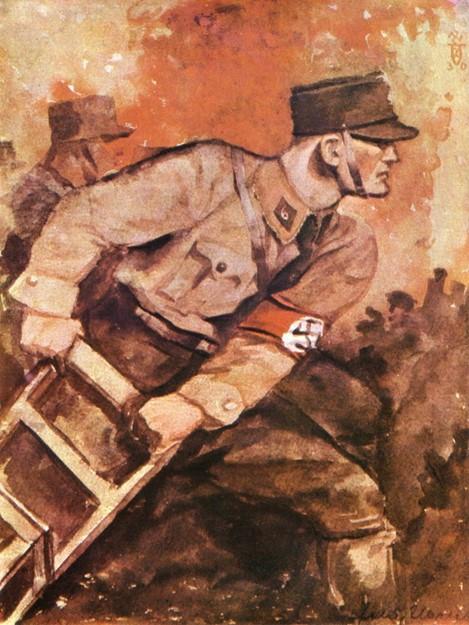 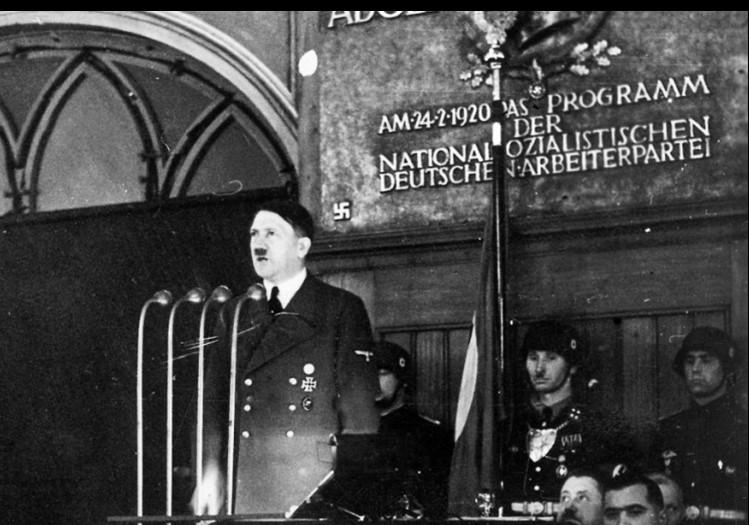 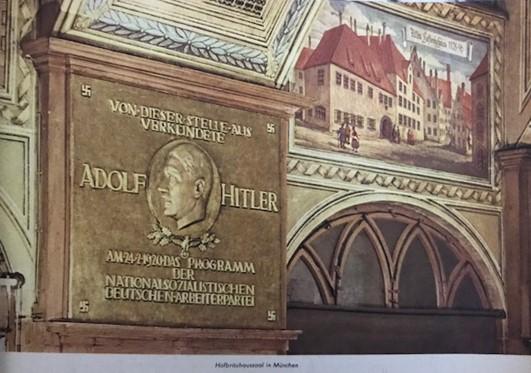 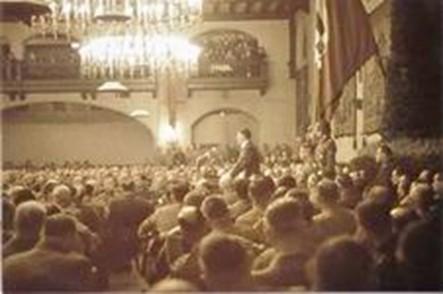 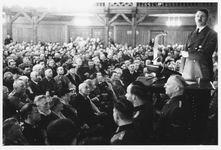 Specifications for both paintings: