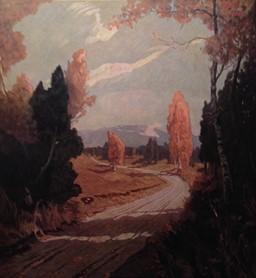 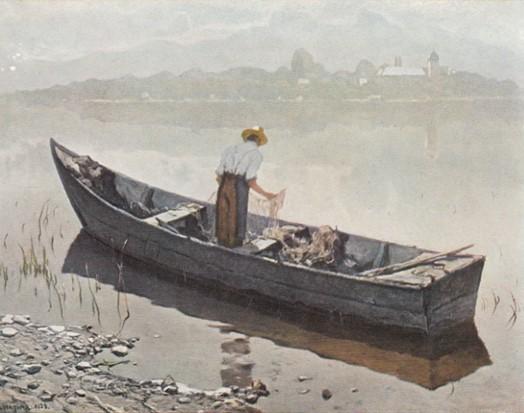 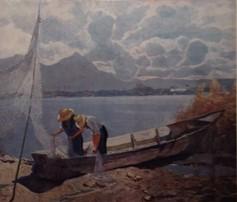 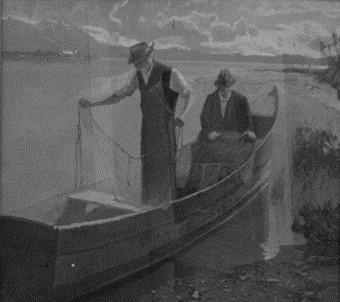 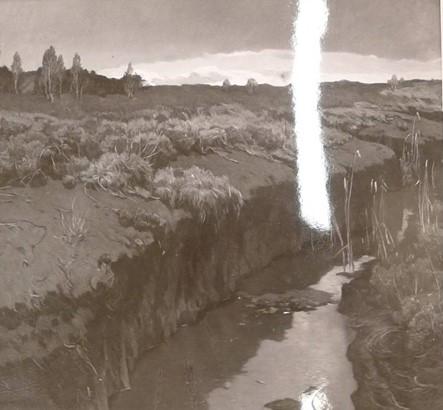 At page 8 are listed the 2 works by Albert Stagura: ‘Wolken überm Moor’ and ‘Aprilstimmung im Moor’. 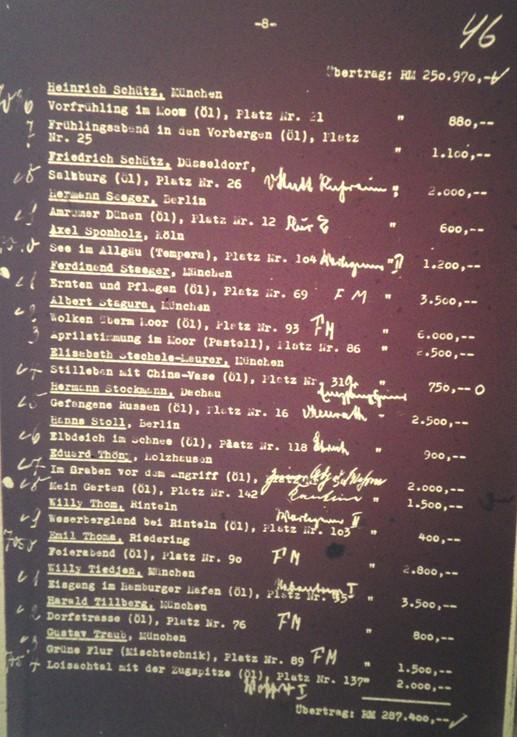 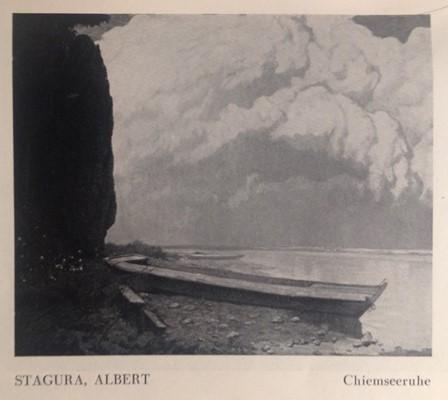 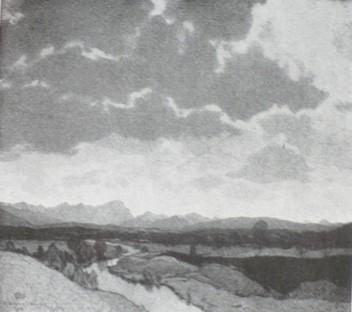 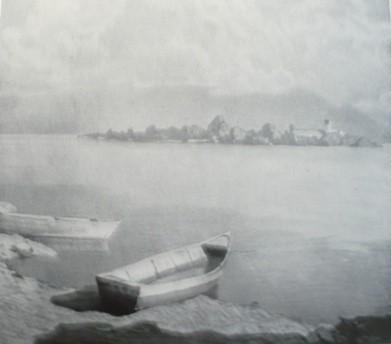 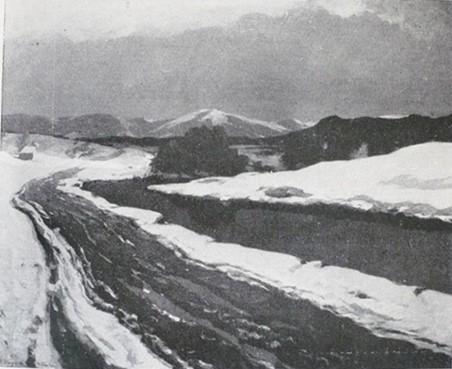 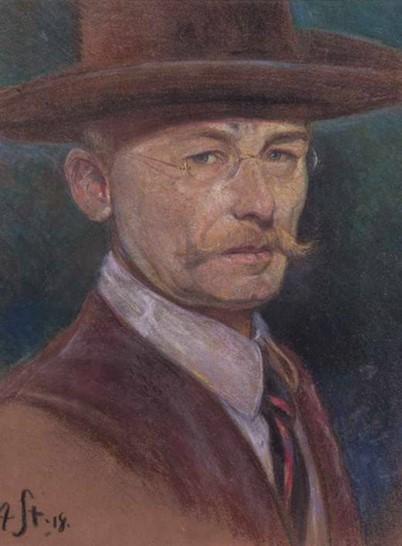 Albert Stagura, the Chiemsee-painter
Albert Stagura (1866-1947) was not a revolutionary in painting, but a Chiemsee-painter. He was a representative of the Munich School, a realist with a touch of impressionism. He studied at the Dresdner Academy with Friedrich Leon Pohle and Friedrich Preller. For years he was in the management and jury of the Munchener Glastpalast Exhibitions. He held the Bavarian title of professor and was rewarded with the Silver and Golden Medal for Art in Austria.
Around 1900 Stagura moved to Bayern where he had an atelier in Munich. At the age of 60 he discovered the Chiemsee (Chiem Lake) and for the next 20 years the Chiemsee area was the focus of his artistic work. He painted with oil, but also many of his works were in pastel. Albert Stagura went out into nature very frequently and he would proudly say that he could predict a weather change within half an hour. Often a fishing boat with men busy with fishing nets was the subject of his painting. On the surface they seem to all be the same scene. However, in the background one discovers the ever-changing clouds, the silver colour of the morning, the blue and green of an afternoon föhn-wind, the various reflections in the water and the interplay between wind and water. With hundreds of pastel colours he caught the atmospheric changes that occur during the day. After the bombing of his studio on Swanerthalerstrasse in Munich (where many of his paintings were destroyed) Stagura moved to Gstadt, a city he knew from his summer holidays.
At an occasion later in 1947, in his last year of life, he was sitting under some huge lime-trees near Chiemsee when he said to his wife: ‘I would like to become as old as the trees, but only as long as I can paint’. The boat depicted in several of his paintings was consequently the same; Stagura bought it once for 10 Mark. But the landscape, the lake, the sky and the weather were always different.
Stagura painted not political motives, but was well liked by the Nazi top officials. He had 17 paintings displayed at the Great German Art Exhibitions. All of them depicted mountains, rivers and clouds near the Chiemsee or were scenes with fishermen on a small wooden boat. Three of his paintings, one with a price of 6,000 Reichsmark, were bought by Adolf Hitler: ‘Wolken überm Moorm’ (‘Clouds above Moor’, GDK 1938 room 24), ‘Aprilstimmung im Moor’ (‘April-sphere in the Moor’, GDK 1938 room 37) and ‘Septembersonne’ (‘September-sun’, GDK 1941 room 19). ‘Wolken überm Moor’ and ‘Aprilstimmung im Moor’ were placed in the neue Reichskanzlei (für die Inneneinrichtung des Erweiterungsbaues der Reichskanzlei’). The paintings are on the ‘144-List’. Other buyers at the GDK were Reichsminister Joseph Goebbels (2), Reichsminister Wilhem Rust, SA Obergruppenführer Wilhelm Brückner, the City of Munich and other state- and NSDAP-organisations.
Albert Stagura died in 1947 in Gstadt (Chimesee).
Deutsches Historisches Museum is in the possession of ‘Septembersonne’  (‘September-sun’, GDK 1941 room 19, bought by Hitler for 5.000 Reichsmark). Bayerische Staatsgemäldesammlungen owns ‘Oktoberstimmung’ by Stagura.