In the tradition of the nineteen-century salon, a number of paintings had been sold twice (works could hung for five months in the GDK, before they were taken off the wall). The artists subsequently had to produce a copy of their works. The organization of the GDK demanded, with regard to the gigantic halls of the Haus der Deutschen Kunst, large canvases. Private buyers often asked for smaller copies. 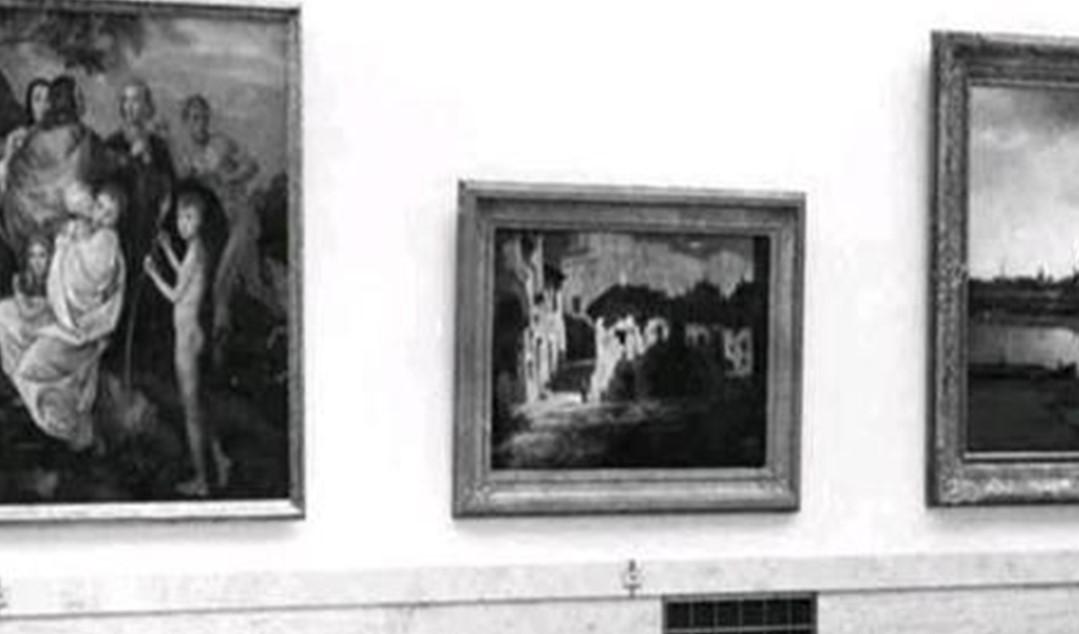 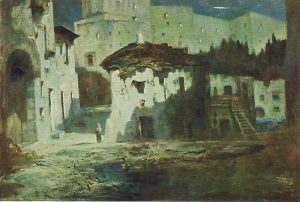 In the 1930s and 1940s postcards were an important medium that brought the art from the exhibitions to a larger public. The official ‘Haus der Deutsche Kunst’ postcards were produced by, unsurprisingly, Heinrich Hoffman’s company. Müller-Wischin’s ‘Spanish Castle in Moonlight’ was also printed on postcards. 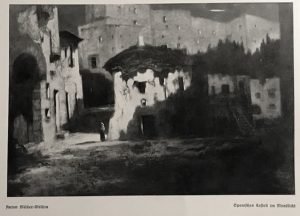 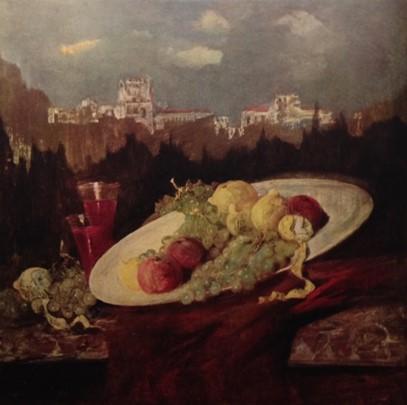 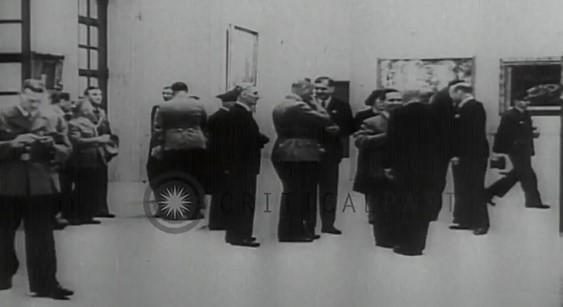 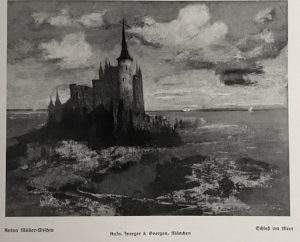 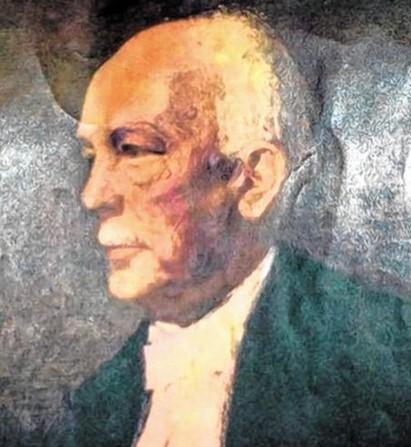 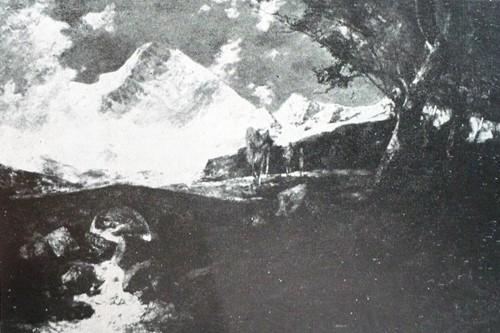 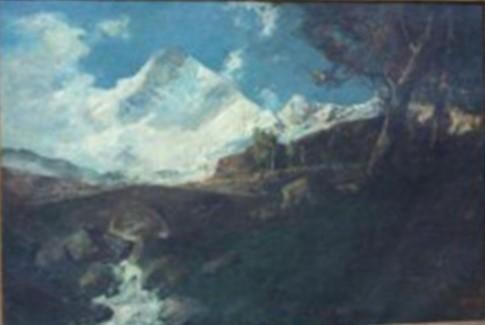 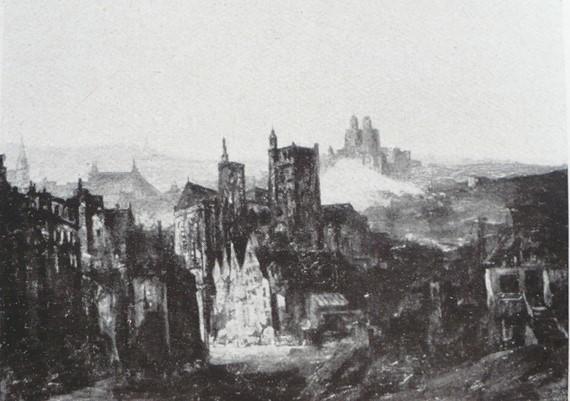 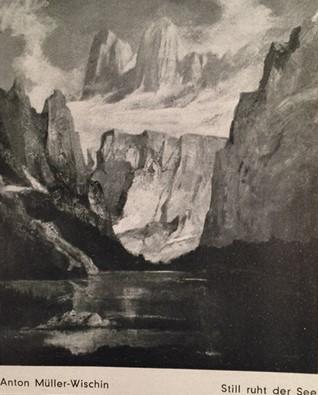 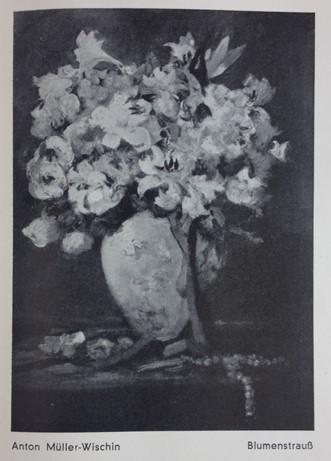 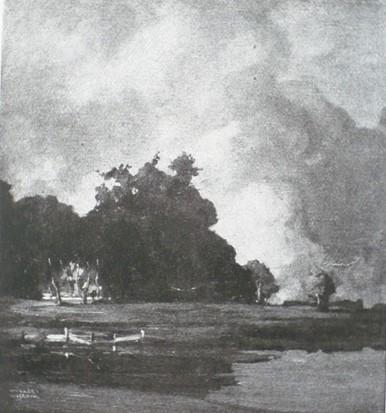 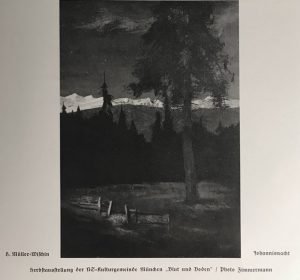 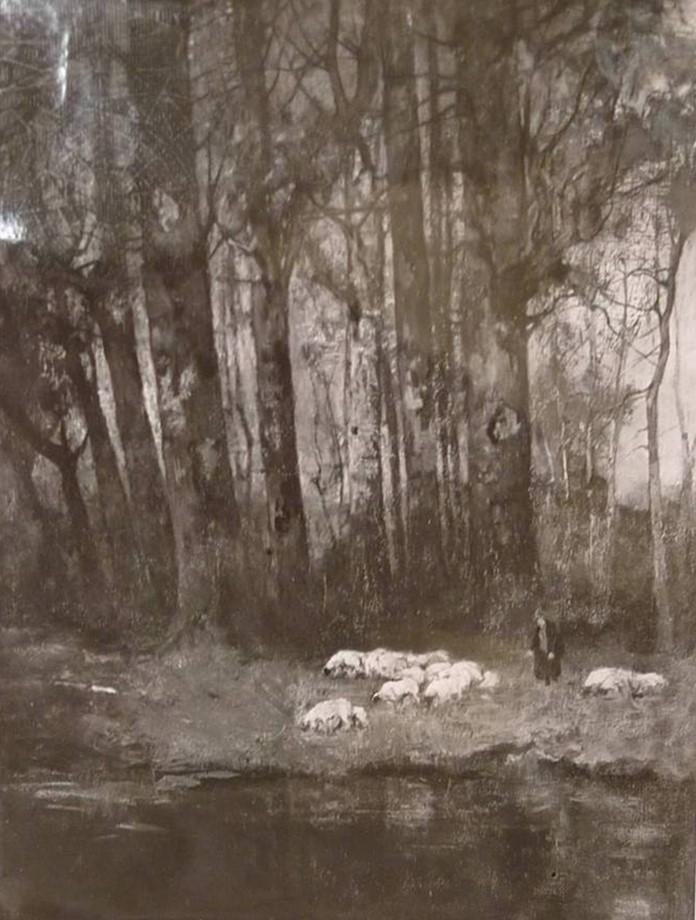 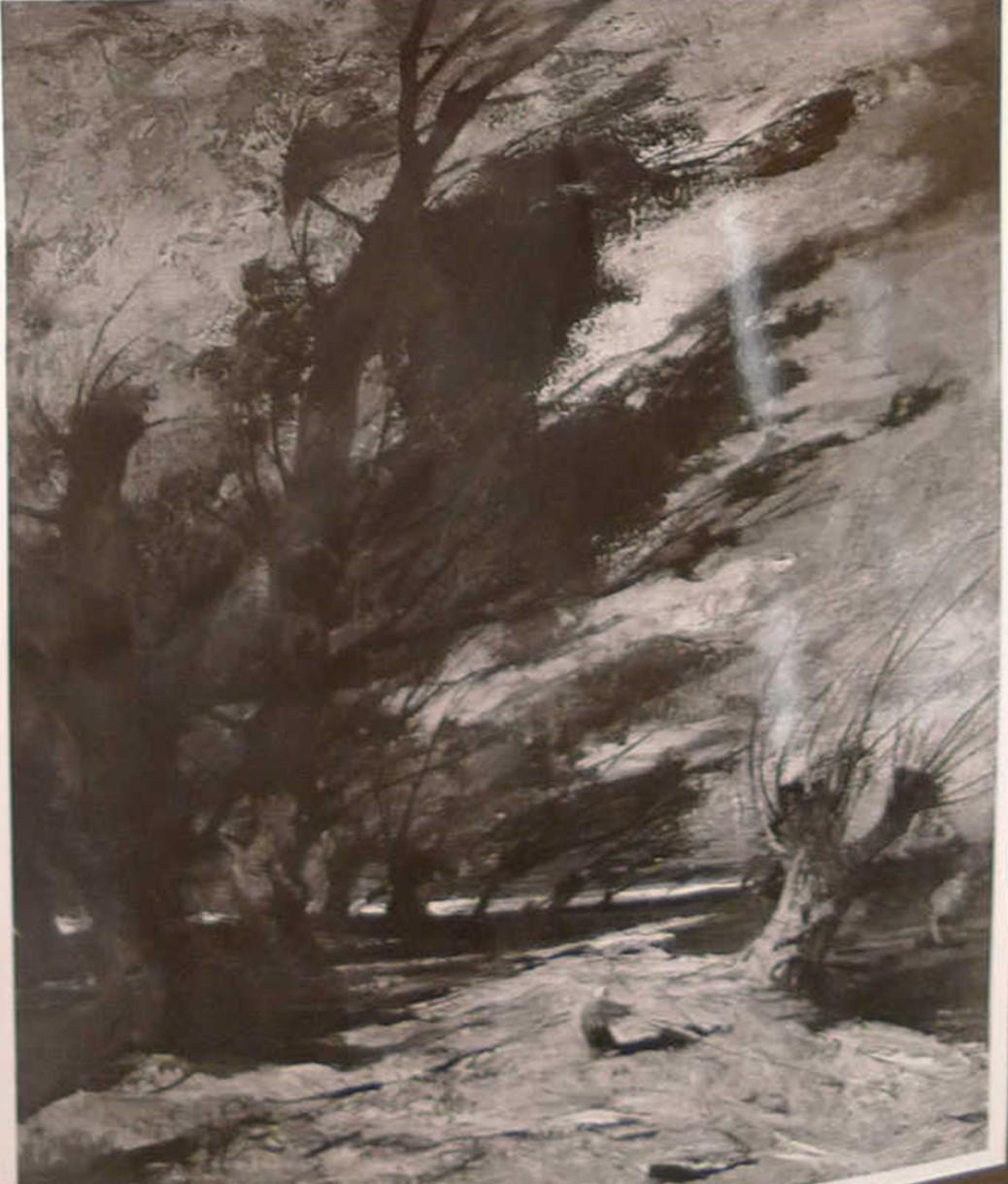 At page 5 are listed the two works by Müller-Wischin, ‘Pastorale’ and ‘Sturm’. 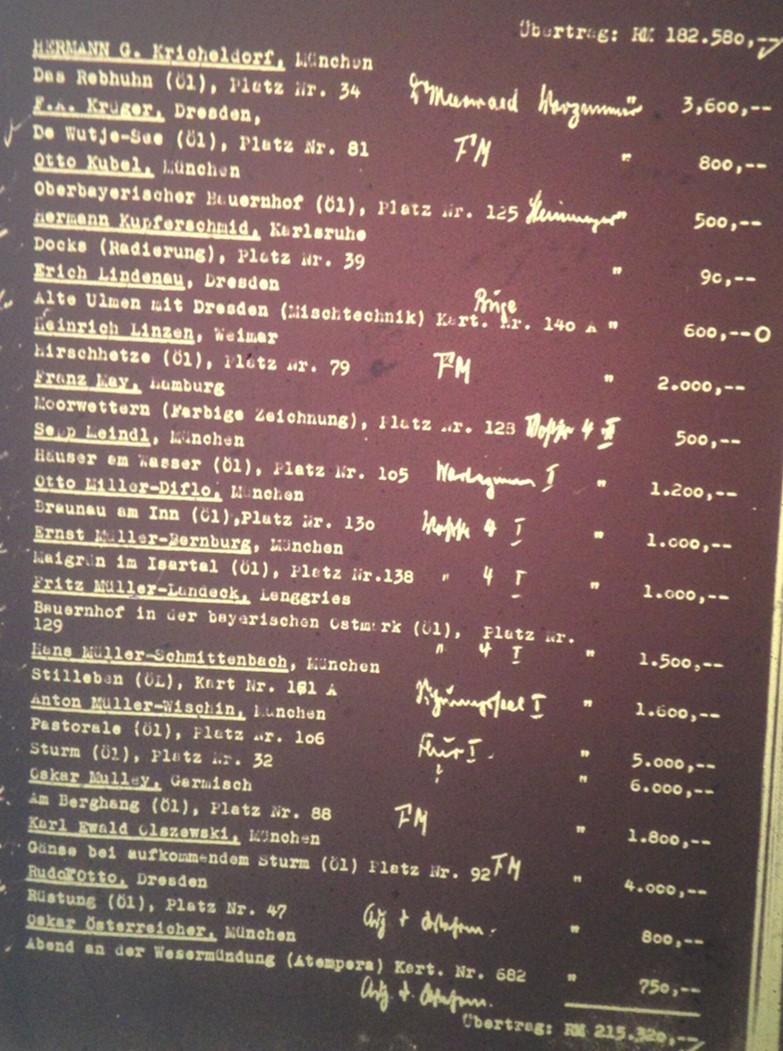 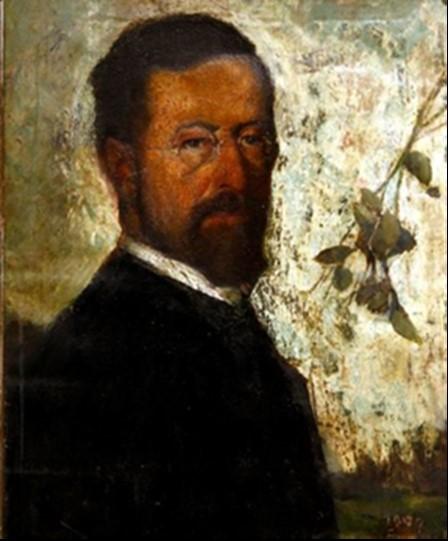 Anton Müller-Wischin
Painter Anton Müller-Wischin (1865 – 1949) was self-taught. He was a teacher at the Volksschool in Staudach-Egerndach from 1892 to 1907, after which he started painting full time (on the advice of Franz von lembach). Within a short time he gained success and in 1925 he was granted the Bavaria Professor title. His works were displayed in the Glaspalast, in Berlin and in Düsseldorf. Friends of Müller-Wischin included Richard Strauss, Franz von Stuck, Julius Exter, Max Liebermann, Paul Klee and Constantin Gerhardinger.
His paintings depicted completely apolitical scenes and were very popular amongst all political parties. Müller-Wischin had two styles of painting: a) realistic landscape and flowers, very popular were his white or cream-coloured bunch of flowers (often roses)in tall or bell-shaped vases; b) expressive, colourful landscapes, dark forests and harvest fields with thundery clouds (as if the war were coming soon). There is often a spectacular iridescence: the red of the setting sun, a white or turquoise heaven, dark-coloured earth and woodland.
In 1936 he painted Richard Strauss, for wich he was rewarded the Lenbach Price; the portrait was bought by the Lenbachhaus in München. In 1942, although he was not a member of the NSDAP, he was given the highest Nationalsozialistische award: the Goethe Medallion.
Anton Müller-Wischin had an impressive number of 49 paintings hanging in the Great German Art Expositions (only three painters had more, with Franz Eichorst at the top with 57 paintings). His works were bought by Adolf Hitler (17), Joseph Goebbels (4), Joachim von Ribbentrop (4), Martin Bormann (2), Robert Ley and others for prices of up to 18.000 RM. ‘Pastorale’ (GDK 1938 room 15, bought by Hitler for 5.000 Reichsmark) and ‘Sturm’ (GDK 1938 room 32, bought by Hitler for 6.000 Reichsmark) were placed in the Neue Reichszkanzlei (‘für die Inneneinrichtung des Erweiterungsbaues der Reichskanzlei’). Both paintings are on the ‘144-List’.
In 1943 Hitler had 21 paintings from the GDK delivered to his Munich apartment in the Prinzregentestrasse. It is fair to assume that these works, which mainly comprised landscapes and still lifes by painters like Anton Müller-Wischin, Franz Xaver Wolf, Friedrich Schüz, Herman Urban, Ludwig Platzöder, Sepp Happ, Sepp Meindl and Willy ter Hell, were personal his favourites.
At the XXII Venice Biennale, 1940, Müller-Wischin displayed 10 of his works; previously, he had displayed his work ‘Il vecchio castello’ (‘The Old Castle’) at the XIV Biennale 1924 in Venice.
Anton Müller Wischin died at an age of 84 in Marquartstein.
Fourty works by Anton Müller-Wischin were displayed at the ‘Sonder’-exhibition in the Torhalle at Frauenchiemsee, October 2015 (on the occasion of his 150 birthday anniversary). Also in 2015, the Lenbach Haus gave the painting of Richard Strauss on loan to the City Hall of Marquartstein, where Müller-Wischen lived for 43 years.
In 2017, works by Müller-Wischin in the possession of the Städtischen Galerie Rosenheim, were displayed at the exhibition ‘Vermacht, Verfallen Verdrängt, -Kunst und Nationalsozialismus.