In the 1930s and 1940s postcards were an important medium that brought the art from the exhibitions to a larger public. The official ‘Haus der Deutsche Kunst’ postcards were produced by, unsurprisingly, Heinrich Hoffman’s company. Zoberbiers ‘Sommer’ was also printed on postcards. 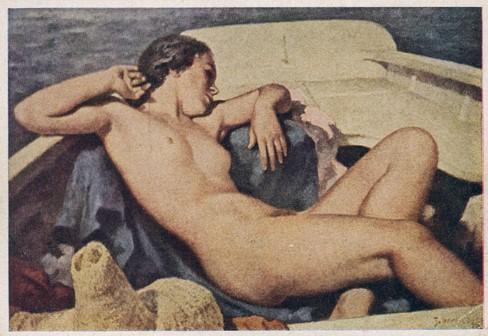 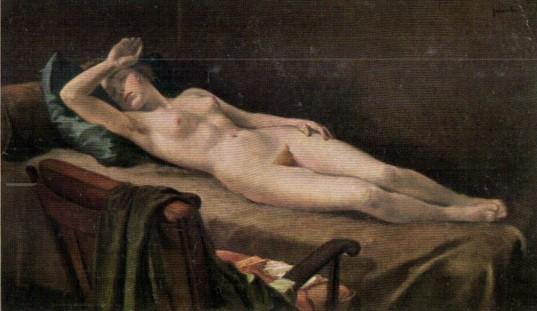 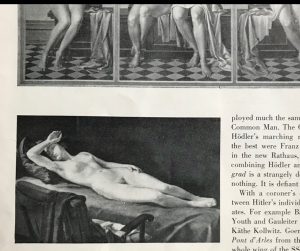 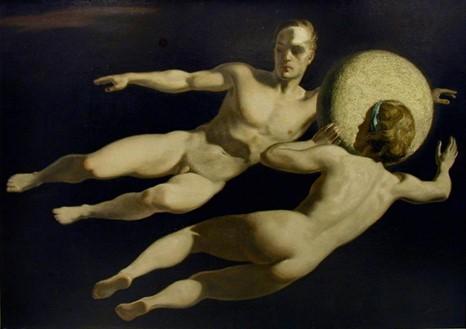 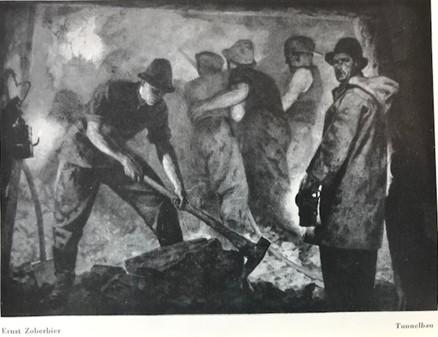 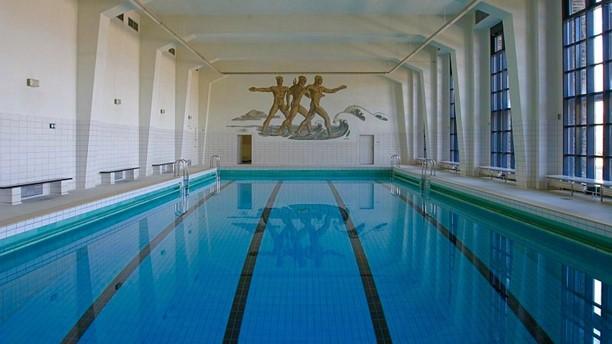 Ernst Zoberbier
Ernst Zoberbier (1893–1965) was a German painter and graphic artist. He studied at the Art School in Magdeburg (graphics and illustrations), and then later in Berlin and in Leipzig. He worked in Wiesbaden from 1913, mainly as an illustrator for newspapers. He made etchings with technical themes and many drawings, and now and then he designed posters for detergents and for the car industry (Opel). In his spare time he painted landscapes, allegoric persons and nudes in a very romantic manner. His breakthrough as a painter cae with the rise of the Third Reich.
Zoberbier had five paintings hanging in the Great German Art Exhibitions. They were bought by Adolf Hitler, Martin Bormann and Reichsminister Adolf Wagner for prices of up to 12.000 Reichsmark.
Zoberbier’s work ‘Die Gezeiten’ (‘The tide’, GDK 1939 bought by Hitler for 8.000 Reichsmark) is in the possession of the Deutsches Historisches Museum, Berlin. It was displayed at the exhibition ‘Aufstieg und Fall der Moderne‘, Weimar, 1999.