The Watzmann is a mountain in the Bavarian Alps south of the village of Berchtesgaden. It is the third highest mountain in Germany, and the highest located entirely on German territory. The three main peaks are Hocheck (2,651 m), Mittelspitze (Middle Peak, 2,713 m) and Südspitze (South Peak, 2,712 m). 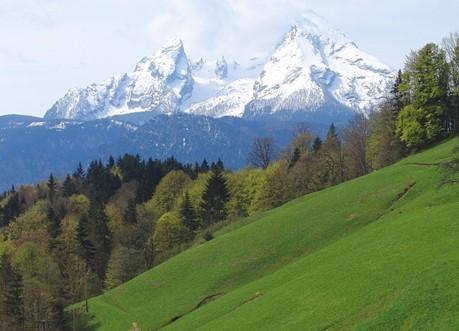 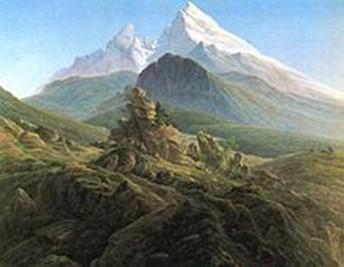 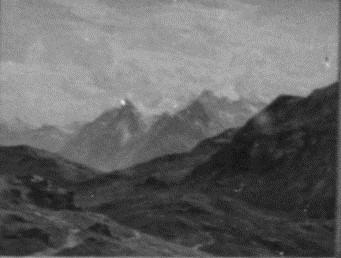 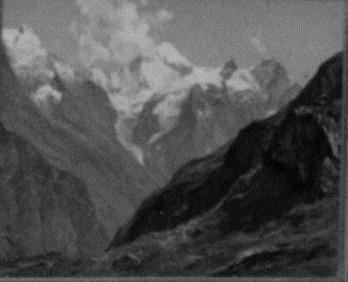 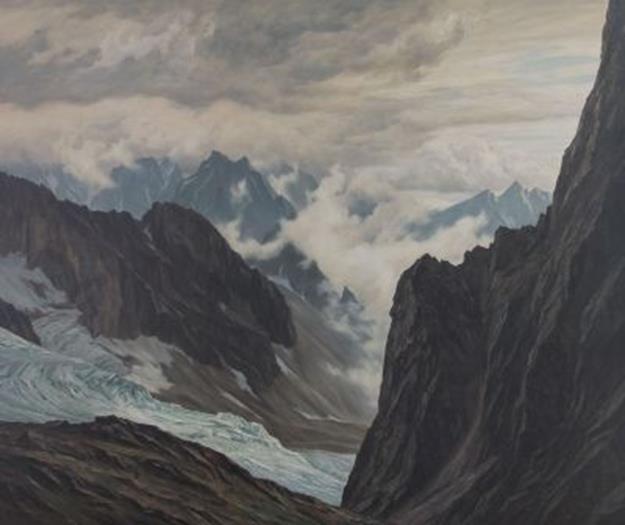 Erwin Ketteman
Erwin Kettemann (1897–1971) was a  landscape painter from Munich. He was a representative of late Impressionism as well as the 19th century ‘Karlsruher Schule’. In the style of the Karlruhe Schule, a close study and observation of nature constituted an essential part of the work. He depicted trees, plants, rocks, stones, waterfalls and streams. He emphasized the details of geological formations, and different mountain forms as well as geographical details. Romanticism and the depiction of mood did not play any role, as artworks were not regarded as expressions of the inner world of the artists. The focus is on the landscape north of the Alps; artworks depicting Italy and the ideal or classical models did not belong in this genre. Landscape carried references to geology.
Kettemann was a member of the Reichsverband bildender Künstler Deutschlands. Sixteen works of Erwin Kettemann, all mountain sceneries, were displayed in the Great German Art Exhibitions from 1938 to 1944. Huge rock formations and high mountains were shown.
It is remarkable that almost all of the GDK-paintings were taken from the point of view from half way up a mountain, or at least from a certain altitude, but not from the valley. It is unknown how far Kettemann, as a representative of the Karlruhe Schule, went up the mountain to study and observe the scenery. His paintings were sold to Nazi leaders for prices of up to 8,000 Reichsmark. Buyers included Adolf Hitler, Otto Miesnner (Chief of the Presidential Chancellery of the Führer and the Chancellor), the Gauleitung Hessen-Nassau, the Gauleitung München and private companies and -individuals.