A Radierung (etching) of an eagle on a fallen dead tree. Dated 1909, signed by the artist. 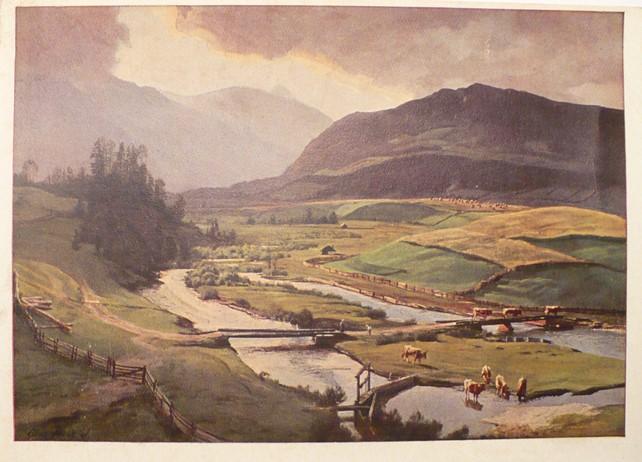 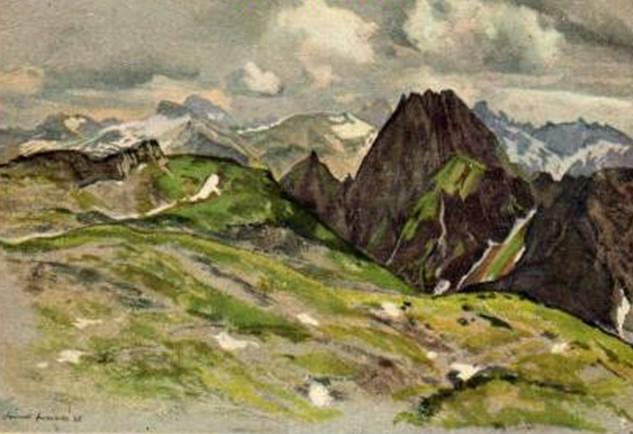 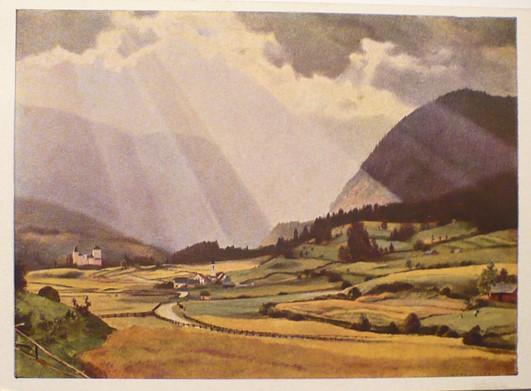 Hans Frank
Hans Frank (1884–1948) was an Austrian painter and illustrator born in Vienna. He studied until 1911 at the Kunstgewerbeschule in Vienna with Prof. Anton von Kenner and at the Akademie der Bildende Kunste with Prof. Franz Rumpler. In 1911 and 1912 he travelled through Europe. Besides visiting London, Belgium, Holland, and Germany, his goal was especially to see Paris. He served in World War I as an Artillery-regiment Officer (Haubtmann des Gibirgsartillerie) in Galicia, the Dolomites and Tirol and was awarded with the Signum Laudis and the Kaiser-Karl-Truppenkreuz. From 1925 to 1930 he travelled again through Europe, staying in southern France, Italy and the Austrian countryside. Frank was a member of the Künstlerhaus in Vienna, the Londoner Society of Graver Printers and of the Pasadena Printmakers Society of California, USA.
His style was landscape painting. Farmland, meadow lands, forests, woodland, the interplay of sunshine and clouds, the seasons and snow-covered mountains were his favourite themes. In graphics, birds were his preferred subject. Hans Frank was awarded numerous prizes, including the Golden State Medal in 1908, the Silver Medal of the City Graz, the Royal Sakson Medal for Art and Science, the Staatlicher Ehrenpreis, the Prize of the City Vienna in 1931, the Goldene Ehrenmedaille des Wiener Künstlerhauses in 1934, the Waldmüllerpreis für Malerei, and the Kriehuber-Preis der Stadt Wien in 1944.
Frank’s paintings and graphic works hang in the Österreichischen Galerie, the Städtischen Sammlungen im Rathaus, the Albertina (Museum of Art in Vienna), the Städtische Galerie Nürnberg and in several other museums in Vienna, London, Berlin, Munich, Dresden, Frankfurt and Basel. From 1906 to 2004 Frank’s works were displayed in many exhibitions in (mainly) Vienna.
From 1938 to 1944 Hans Frank displayed 23 of his works in the Great German Art Exhibitions in Munich. The paintings, with names like Zugspitze, Viehwiede, Blick auf der Mondsee, were bought by Hitler, Speer, Himmler, Seyss-Inquart, Deutsche Arbeitersfront Berlin and private individuals.