Bought from the sun of the private buyer at the GDK 1941 (1942). With original purchase agreement of the Haus der Deutschen Kunst, as well as the original clarkroom-tickets from the buyer and his wife.

Original purchase agreement GDK 1941 (signed by the father of the seller). Left under the clarkroom tickets from the buyer and his wife. 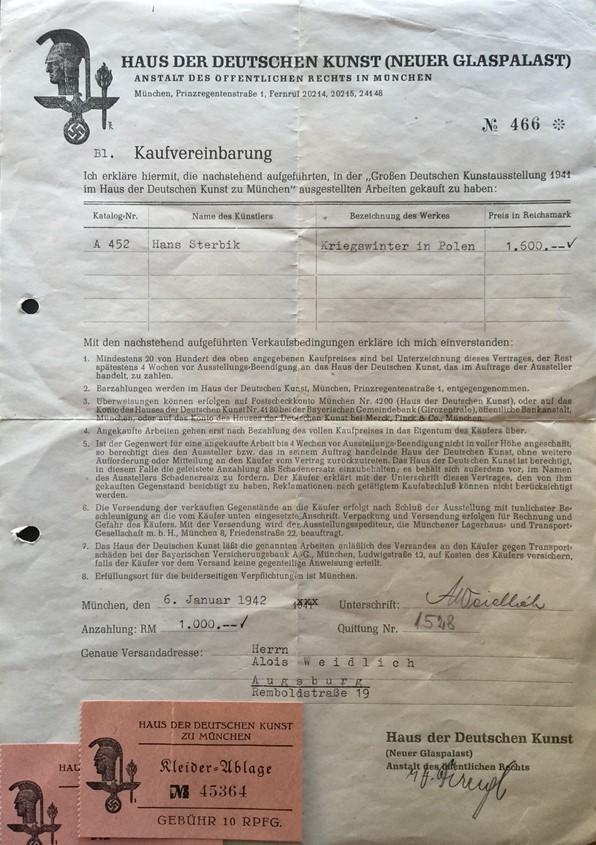 Extreme scarce work of art
Art works considered as overt propaganda were massively destroyed
As described below, in accordance with the Potsdam Agreement of August 1945, the Allied Control Council laws and military government regulations, all collections of works of art related or dedicated to the perpetuation of German militarism or Nazism, were destroyed. Thousands of paintings were considered of ‘no value’ and burned. Around 8,722 artworks were shipped to military deposits in the U.S. In 1986 the largest part was returned to Germany, with the exception of 200 paintings which were considered as overt propaganda: depictions of German Soldiers, war sceneries, swastika’s and portraits of Nazi leaders.

Hans Sterbik, ‘Soldat in Polen’ (‘Soldier in Poland), 1941. In the possession of the Historisches Museum of the city of Vienna. Displayed at the exhibition ‘Kunst und Diktatur’, 1994, Künstlerhaus Wien, Vienna. Depicted in the official exhibition catalogue. 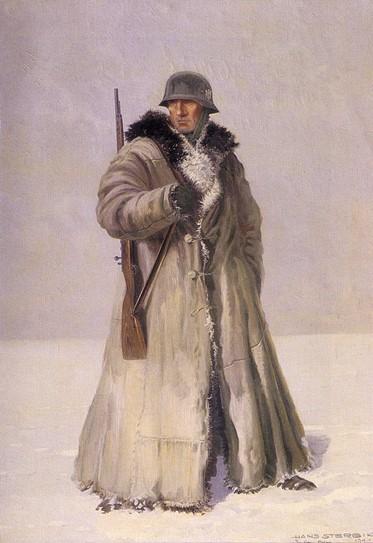 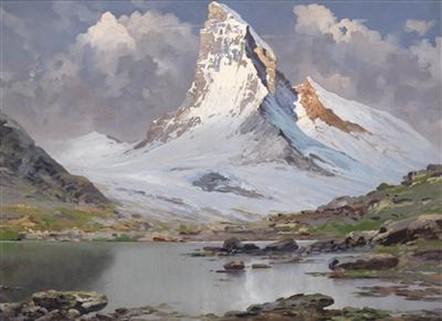 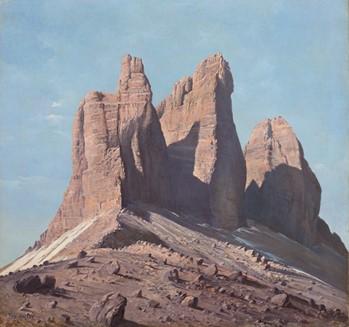 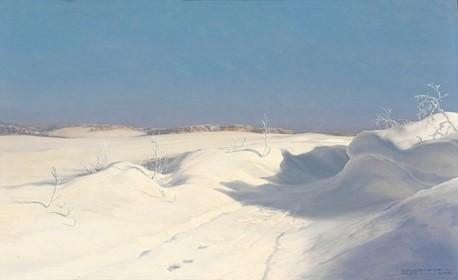 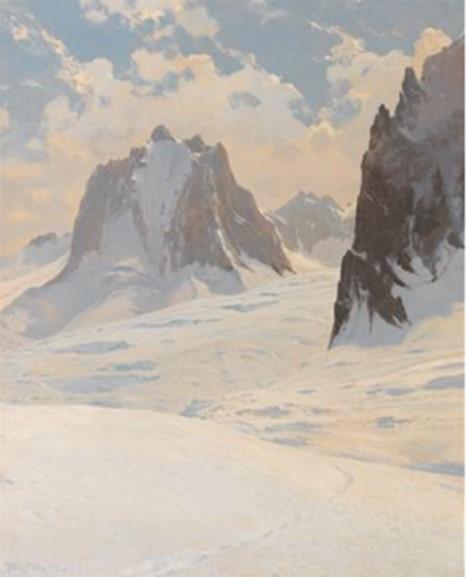 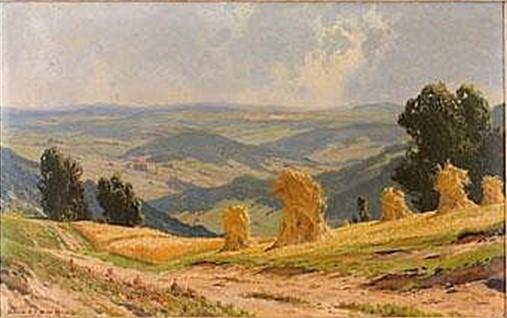 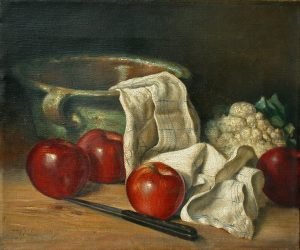 Hans Sterbik, or Tony Haller
Hans Johann Friedrich Sterbik (1907–1944), born in Vienna, was an Austrian/German illustrator and painter of mountain landscapes. He found his motives especially in Tyrol, the Salzkammergut and the Dolomites. Sterbik also worked under the pseudonym ‘Tony Haller’. As the Nazis were disappointed with the number of art works at the GDKs depicting heroic military and war sceneries, artists were requested to create works especially with such themes. Painters were compelled by similar demands to depict occupied cities in Eastern Europe (Karl Walther) and military constructions (Erich Mercker). Not complying with this rule could mean the artist would not, or no longer, be able to exhibit in the GDK. It also included the risk of no longer being exempted from military service. Like many other artists (e.g. Georg Müller, Paul Mathias Padua), Hans Sterbik adapted himself to this policy and created ‘Kriegswinter in Polen’, a work which was completely different from his own style. This illustrious war-propaganda painting, however, did not help Hans Sterbik survive the war. In 1944, while on leave from the front, his daughter was born; some months later he died at the age of 37 in Kalinin, a Russian prison camp near Kursk, -before he could build out his career or raise his daughter.
Some magnificant works by Hans Sterblik are nowadays reproduced and sold in poster format.