The building depicted at the right is the New City Hall (Neues Rathaus) located at the Marienplatz, the central square in the city centre of Munich. The construction of the New City Hall was completed between 1825% and 1874; it is the seat of the mayor’s office, the city council, and the headquarters of the city administration. The Marien-platz has been the city’s main square since 1158. The New City Hall survived the bombings in World War II.
Donisl is a traditional Bavarian restaurant located at Weinstrasse 1. Its history reaches back to 1315; originally, it was built as a grain measurer’s house. In 1715, Max List opened his Bierwirtschaft am Markt (pub on the market), making Donisl the second oldest restaurant in Munich. In World War II, the building in the Weinstraße 1 was completely destroyed. Reconstruction took place in the 50s.

Left: the painting is depicted in ‘Karl Walther, 1905-1981, Leben und Werk’. The text below the photo reads: ‘Size and location unknown’.
Right: the same place in Munich, December 2017. 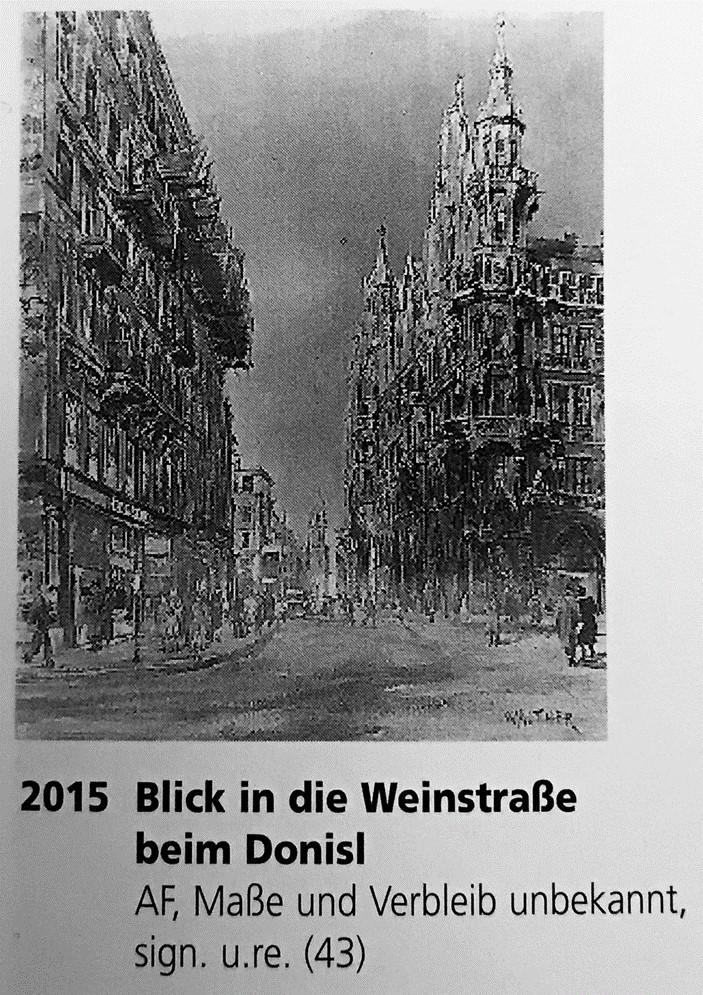 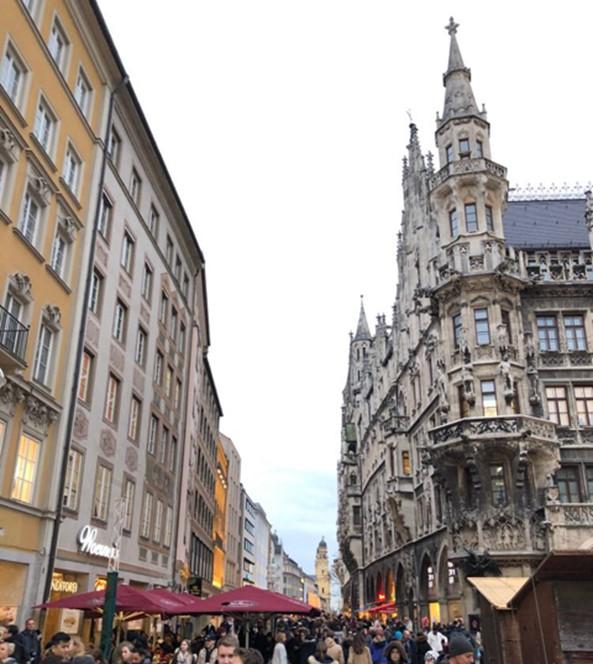 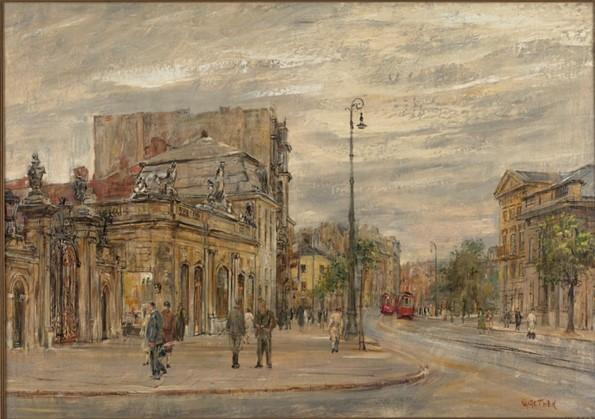 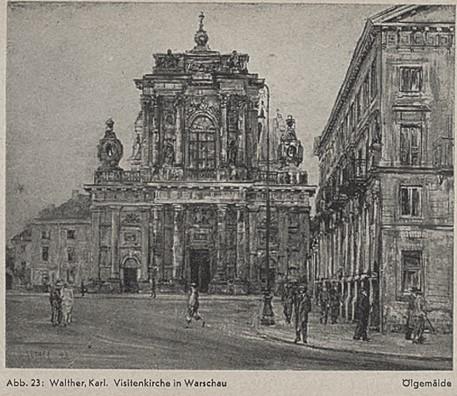 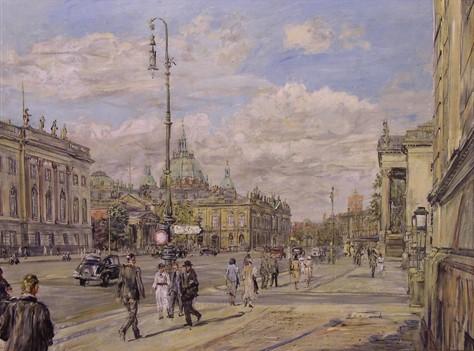 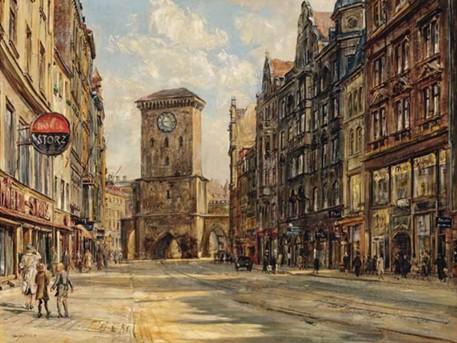 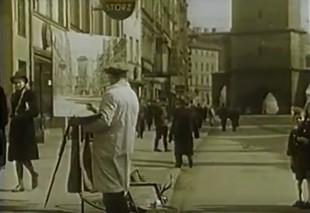 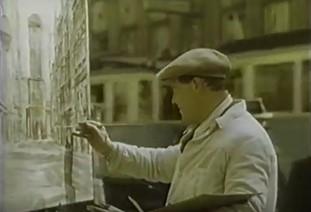 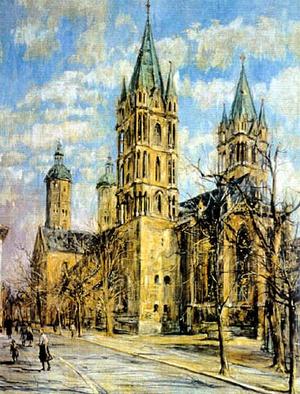 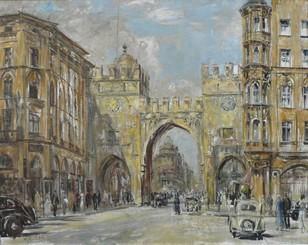 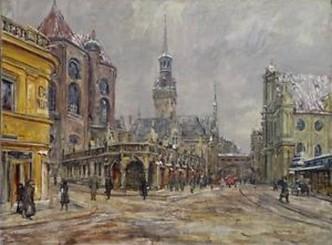 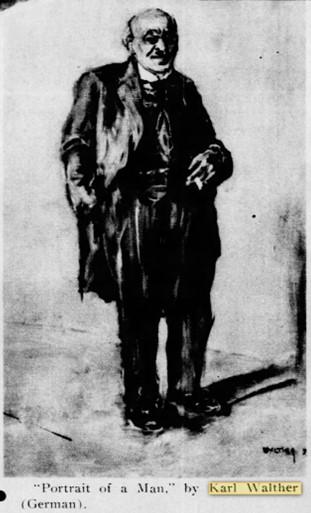 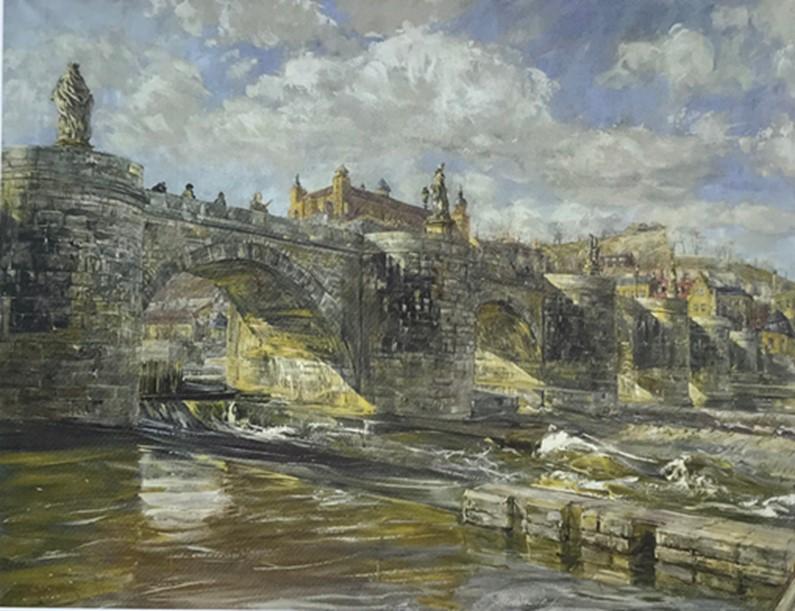 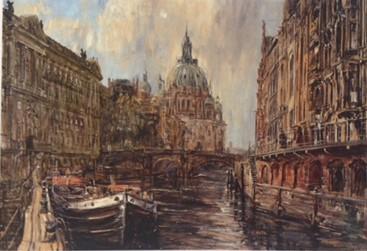 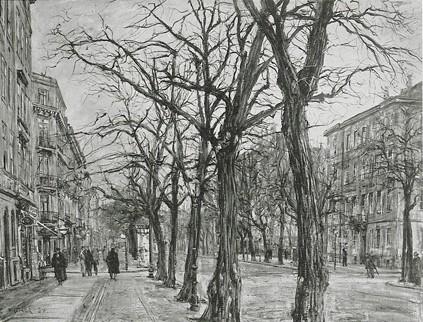 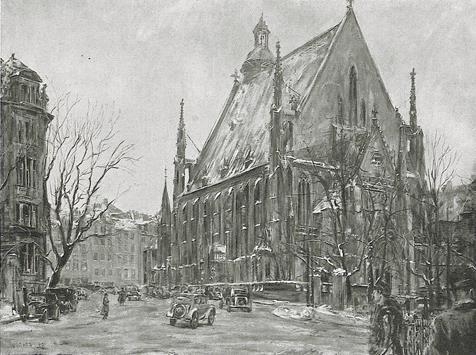 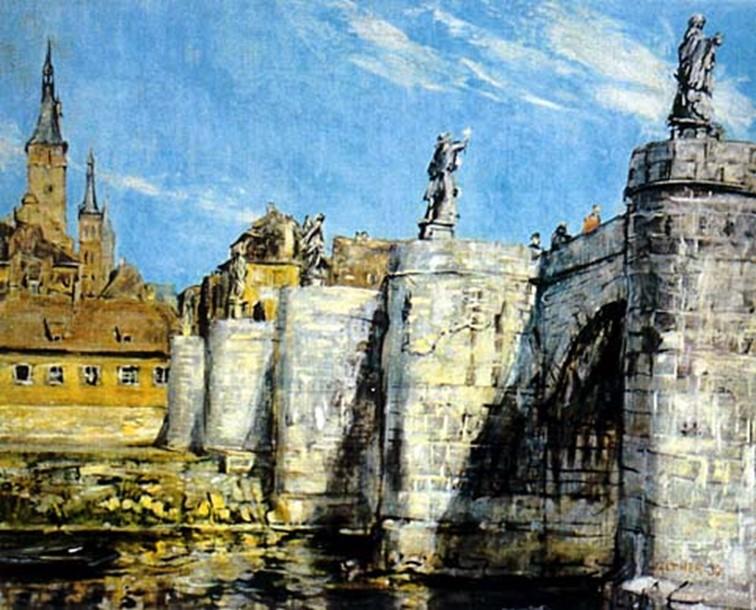 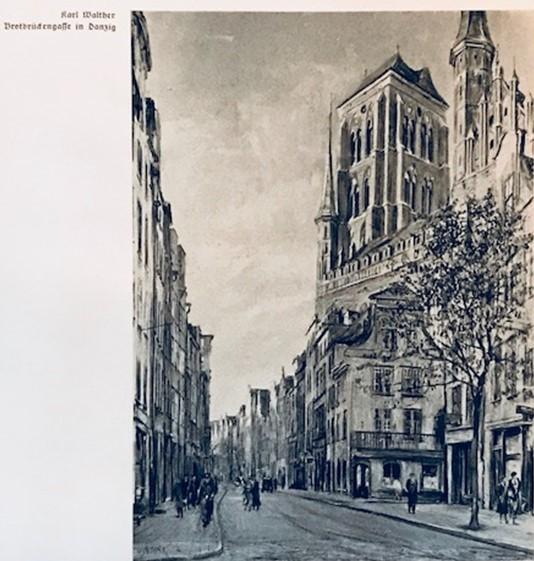 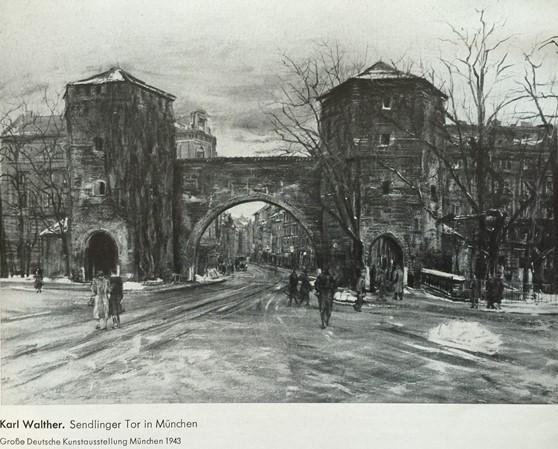 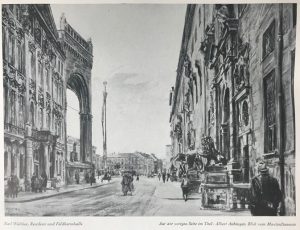