This figurine was made by the Schwarzburger Werkstaetten around 1911 and designed by Paul Scheurich, who later went on to work at Meissen. The hunter and the huntress are the first real pieces he designed in porcelain and one can already see the style that made him famous. An elegant piece painted in Art Nouveau style. 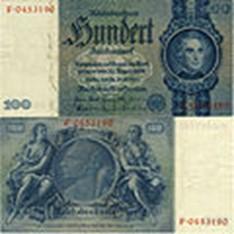 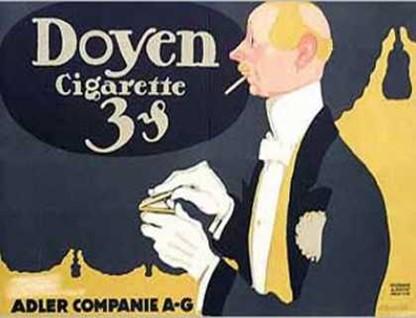 Paul Scheurich
Paul Scheurich (1883–1945) was a German painter, graphic artist and small-sculptor.
From 1900 to 1902 he studied at the Akademie in Berlin. In 1907 he illustrated an anti-Semitic pamphlet about the ‘Verjudung’ of the Berliner Theatre world, which was published with the title ‘Moses-Theater’. He started to work on porcelain in 1909 at the Schwarzburger Werkstaetten. Around 1913 Scheurich was asked by Max Adolf Pfeifer, head of the Meisner Porcelain Manufaktoring, to work for him. From 1918 to 1936 he had an exclusive agreement and a professorship at the Meißner Manufacturing Company, for which he created with great success many porcelain models in a Rococo style. From 1929 onwards Scheurich also designed the Reichbank Berlin banknotes (see above).
In the Third Reich Scheurich was a highly valued artist. In 1935 he created a large Gobelin Tapestry for the building of the Ministry of Reichspropaganda as well as the large curtain for the German Opera in Berlin. In the World Exhibition in 1937 he was represented in the German Pavilion (where he won the Grand Prix medal). Paul Scheurich was represented with five works in the Great German Art Exhibitions. He is regarded as one of the most important porcelain sculptors in the first half of the 20th century. Paul Scheurich did not survive the post war time in the Soviet occupation zone.