Der Befreier Ostpreussens, Fieldmarschall von Hindenburg
Paul Ludwig Hans Anton von Beneckendorff und von Hindenburg, also known as Paul von Hindenburg, was the heroic Chief of the General Staff from 1916 and the second President of the Weimar Republic. During his first five years as President he fulfilled his duties of office with honor, dignity, and decorum. Hindenburg made no effort to restore the monarchy and took his oath to the Weimar Constitution seriously. He disliked Hitler (“that Austrian corporal”) and at least twice he refused to appoint Hitler as Reichkanzler.

Schlacht von Tannenberg
In 1914, under the command of Hindenburg, German troops defeated Russian troops that had invaded East Prussia. This battle, which was known as the “Schlacht von Tannenberg”, brought Hindenburg the title “Held von Tannenberg” and “Befreier Ostpreussens”. It was the start of the hero-myth and the Hindenburg-cult in World War I; Hindenburg became an icon.
Just like Hitler later, Hindenburg was a leader during difficult political and economic times. Throughout these extraordinary times people projected their hope for advancement and a better future onto one leader. In portraits, Hindenburg is often posed as a responsible decision maker, the highest leader (almost the replacement of the Kaiser) and, with a serious look off into the distance, the safeguard of German’s future. With the angular shape of his impressive face and jaw, as well as his military uniform, he was depicted as a bastion against the onslaught of the German Reich’s enemies. 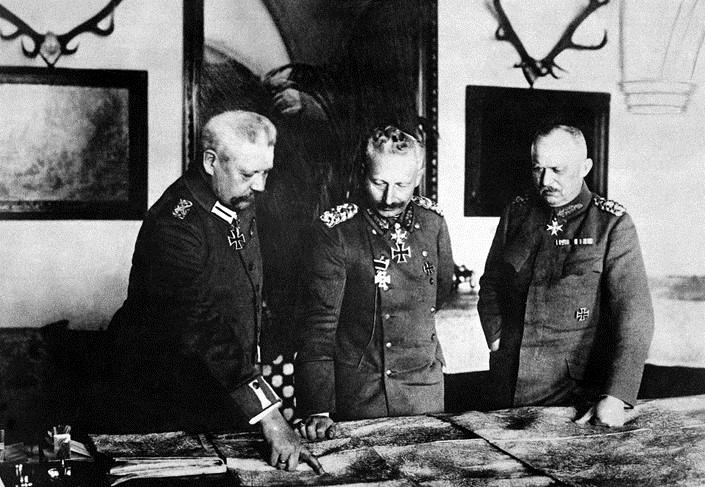 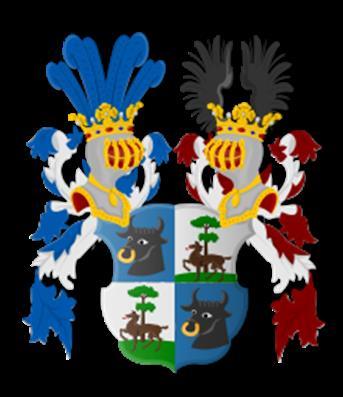