This is (still) the typical landscape you see, when your driving throug Germany on the Autobahn. 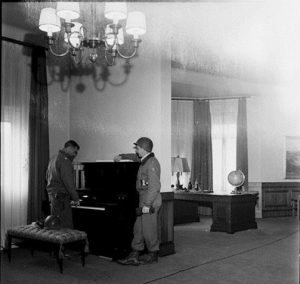 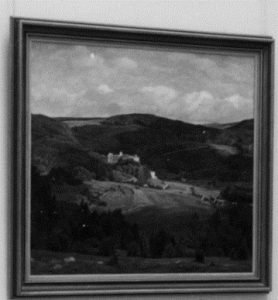 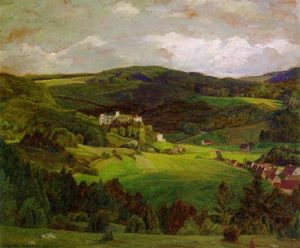 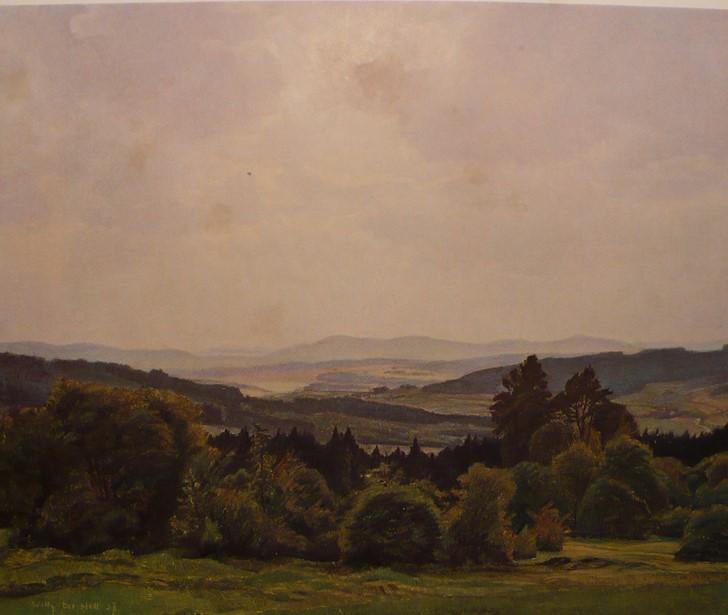 Willy ter Hell, ‘Sommerabend ober der Heide im Wartheland’ (‘The Heathland of Wartheland on a summer evening’). This painting of the in 1939 annexed Polish territory Wartheland (or Warthegau) was depicted in ‘Die Kunst im Deutschen Reich’, 1943. Displayed at the GDK 1943, room 4. 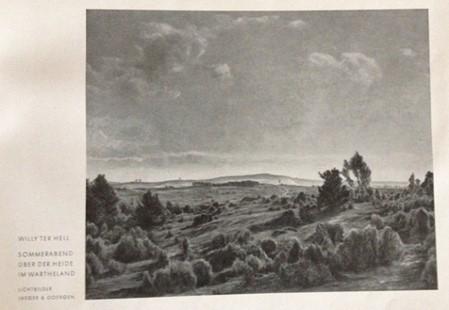 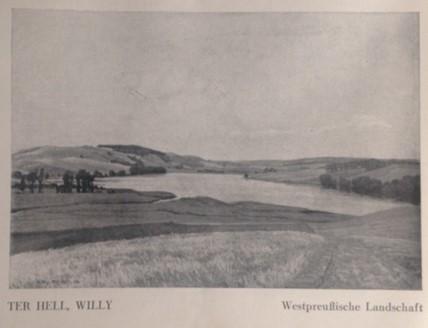 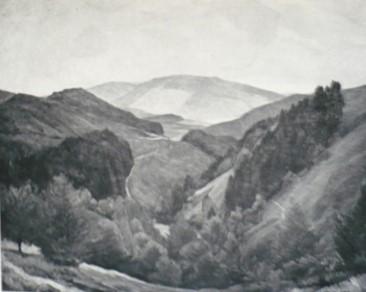 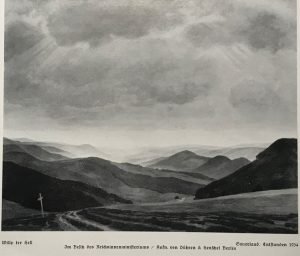 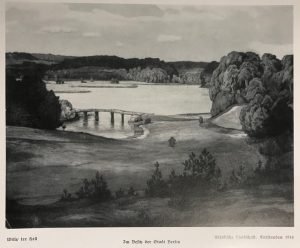 Wilhelm Reemt ter Hell
Willy ter Hell (1883–1947), born in Norden, was the son of the famous auctioneer Jann ter Hell. Early in his childhood he started to paint and later he became a very well-known landscapist. He left his hometown at 18 years of age and went to Berlin and Dresden, where he was a pupil of H. Harder and Eugen Bracht. Between 1910 and 1925, when he was working freelance, he was decorated with several medals. In 1912, at the ‘Grosse Berliner Kunstausstellung’, he received the Julius-Helfft-Preis award for the painting ‘Märkischer See’. In 1912, the same painting was exhibited at the ‘Internationale Kunstausstellung’ in Munich, where he received the Great Golden Medal. In 1914 this painting went to the Carnegie Institute in Pittsburgh and then to the World Exhibition in San Francisco. In the same year he was commissioned to paint the entrance of the Schöneberg town hall in Berlin.
The paintings of Willy ter Hell are dominated by rich green colours and bright sunlight. His meadow pictures are the most typical, painted in several variations of different shades of green, from ultramarine and cadmium to grey. His expressive large-scale landscapes are void of people and animals.
In 1936, Willy ter Hell was represented at the XX Venice Biennale, were seven of his works were displayed. In Juni/July 1938 he displayed 3 works at the exhibition ‘NS.-Gemeinschaft KRAFT DURCH FREUDE’, Kunsthalle Hamburg, organized in co-operation with Amt Rosenberg.
Ter Hell had a number of 29 paintings hanging in the Great German Art Exhibitions, with titles like ‘Aus dem Sauerland’, ‘Vorfrühling in Franken’, ‘Schlesische Landschaft’, ‘Blick in Siergerland’, etc.

Willy ter Hell in Hitler’s private appartement in the Prinzregentenstrasse
In 1943 Hitler had 21 paintings from the Great German Art Exhibition delivered to his Munich apartment on Prinzregentestrasse. It is fair to assume that these works, which mainly comprised landscapes and still lifes by painters such as Anton Müller-Wischin, Franz Xaver Wolf, Friedrich Schüz, Herman Urban, Sepp Happ, Sepp Meindl, Willy ter Hell and Ludwig Platzöder, were his personal favourites.
At April 30, 1945, ‘Auf der Schwäbischen Alp’ (‘In the Schwabian Jura’, GDK 1940), was photographed in Hitler’s private appartement at the Prinzregentenplatz 16 in Munich (photo was taken by Lee Miller, US Army War Correspondent and probably the only woman combat photo-journalist who covered the front line war in Europe).

Other high placed Nazi officials who bought -for prices of up to 8.000 RM- the works of Ter Hell’s were: Wilhelm Frick, Hermann Esser, Otto Meissner, Joachim von Ribbentrop, Martin Bormann, Joseph Goebbels and Heinrich Himmler.
Many of his landscape paintings were destroyed during WWII.
Ter Hell died in 1947 in Kassel.