This is one of the very few oil paintings of Wolfang Wilrich. This large painting was the centerpiece of a three-part altarpiece intended for the secularized Reichsdom in Braunschweig. The original left and right wings of the altarpiece were ‘Verheißung’ (‘Advent’) and ‘Erwartung’ (‘Expectation’), symbols of the virgin innocence and motherhood. The original designs were published in 1943 in the third edition of Willrich’s book ‘Des edlen ewiges Reich’ (‘The noble, eternal Empire’). The middle section shown here depicts the woman’s holiness and her healthy and pure blood. She is surrounded by domestic plants, leaves and herbs which are gradually depicted from the left part, over the middle part, to the right part. Created around 1943. With certified provenance. 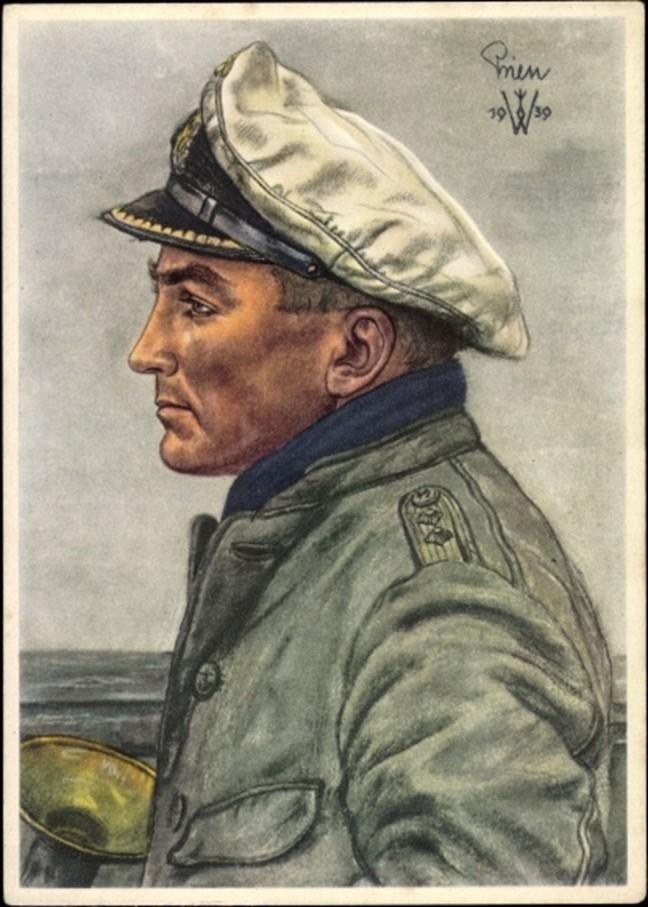 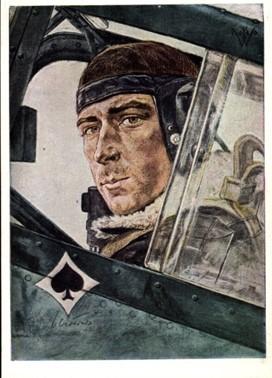 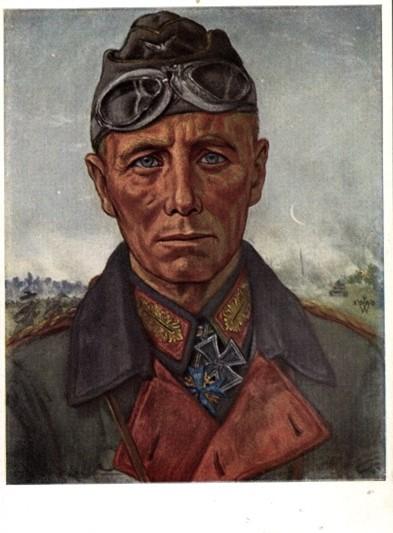 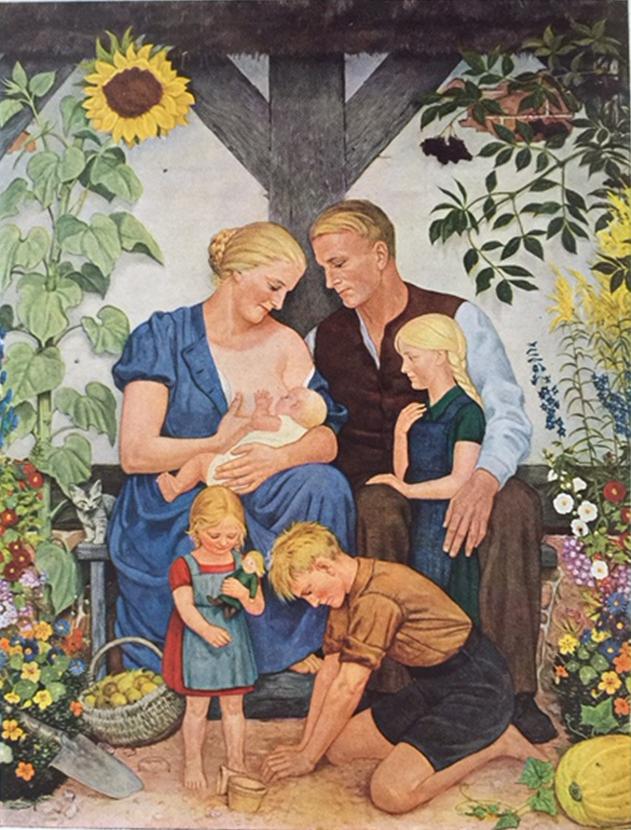 The 1938 Rosenberg Competition: The Pure German Family
Wolgang Willrich send his work ‘Familienbildniss’ also to the 1938 Rosenberg Exhibition ‘Das Familienbild’ (‘Family’). Earlier the ‘Rassenpolitische Ambt der NSDAP’ had complained that too many paintings depicted German families with only one or two children: ‘and it is known that a Two-Children-System will lead to the downfall of the German Race’. After this announcement in the Mitteilungsblatt of January 1937, the Reichskammer der Bildende Künste published the guideline ‘Die Kunst hilft der Bevölkerungspolitik’, in which artists were required to show at least four children when a family was depicted. The exhibition ‘Das Familienbild’ was planned and executed by the Rechsleitung NSDAP, the highest political level. Alfred Rosenberg, the Chief Nazi Party ideologist, was ultimately responsible for the organization. He was the head of ‘Amt Rosenberg’, an official body for cultural policy and surveillance within the Nazi party, founded in 1934 (other names for the ‘Amt Rosenberg’ were ‘Amt des Beauftragter des Führers für die gesamte geistige und weltanschauliche Erziehung der NSDAP’, or ‘Dienststelle Rosenberg’ or the ‘Reichsüberwachungsamt’). Co-organisers were the culture department of ‘Kraft durch Freude’ (KdF), the ‘Reichsbund der kinderreichen Deutschlands e.V.’ and the culture section of the Deutschen Arbeiterfront (DAF). The instructions for the selected group of prominent artists were to create an outstanding work which would be an allegory of a pure German family with healthy children and a happy mother. At least three or four children should be depicted and the painting should measure at least three square meters.
Participants at the competition included: Adolf Wissel, Thomas Baumgartner, Theodor Bohnenberger, Bernhard Dörres, Georg Ehmig, Constantin Gerhardinger, Fritz Mackensen, Wilhelm Petersen, Georg Siebert, Karl Storch, Hermann Tieberth and Hans Schmitz-Wiedenbrück. Hans Schmitz Wiedenbrück was awarded the second prize. As the jury was not fully pleased with the results of the competition, the first prize was not awarded. However, eight of the submitted works were later displayed at the GDK in 1938 and 1939. Three painters were given a shared third prize: Thomas Baumgartner, Bernhard Dörres and Constantin Gerhardinger. Georg Siebert and Adolf Wissel were awarded a ‘Recognition Prize’. 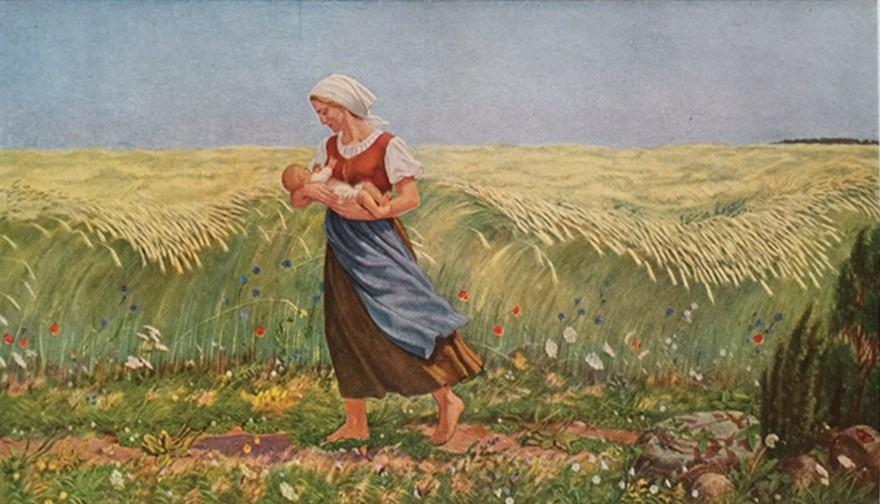 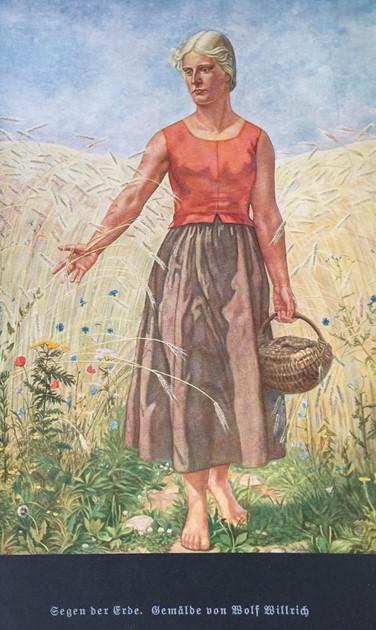 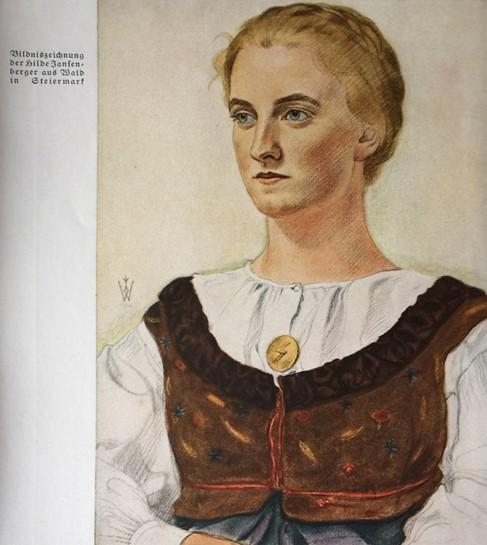 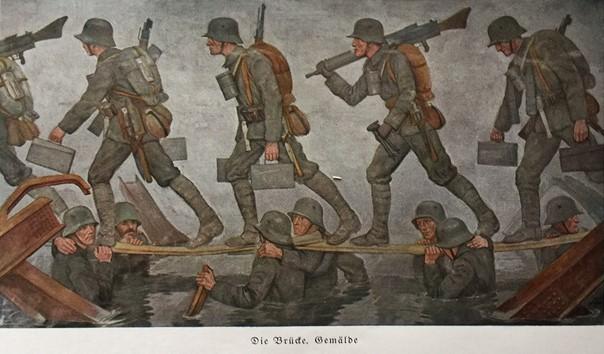 Wolfgang Willrich
Wolfgang Willrich (1897–1948), the son of a classical philology professor at the University of Goettingen, was a German painter and illustrator. In 1915 Willrich went to the College of Art in Berlin but a year later he began military service in the 251st Infantry Regiment. Willrich saw active service on both the Eastern Front and the Western Front, and was decorated with the Iron Cross 1st Class. In 1918 Willrich became a prisoner of war, and was held by the French military in a POW camp near Orleans. During his captivity he continued to draw and paint. After he was released from captivity in 1920, he went to the Dresden Academy of Art. He strongly rejected the abstract and surreal fashions of the period, and concentrated on realistic portrait work, for which he later became famous. In the 1920s he distinguished himself by drawing portraits of Ludendorff and General Lettow-Vorbeck. Around 1934 he started working for the department of Walter Darre, the Minister responsible for the Blood and Soil aspect of NS politics. At that time Willrich produced mainly studies of German peasants and country-folk. Within the art world he strongly represented anti-Semitic and racial ideas. Wolfgang Willrich did not join the NSDAP, but between 1935 and the outbreak of war in September 1939 he produced a massive amount of portraiture that was appreciated by the Nazis, and which was used in books, posters, postcards and reproduced in magazines and newspapers. Willrich depicted ‘models of the German race’: modest, upright, diligent people who have respect for women, the family, the nation and Fatherland, tied to the soil and to their traditions.’
In addition to his artwork Willrich produced a series of writings on purely German themes (Saeuberung des Deutschen Kunsttempels 1937, Des Edlen Ewigen Reich 1939), in which he roundly condemned ‘Weimar Art’ and Modern Art. In 1937 Willrich was one of the leading organizers of the Munich Exhibition of Degenerate Art; in the same year he also played an active rol in the confiscation of degenerated art from the Hamburger Kunsthalle. In 1939 Himmler proposed to make him an honorary member of the SS, which he rejected because ‘he wanted to stay independent’. In the Second World War he volunteered and went into a propaganda company.
From 1937 to 1942 Willrich displayed 28 paintings and drawings in the Great German Art Exhibitions. These were mainly portraits of farmers, soldiers, officers and party leaders, for example, ‘Oberst Moelders’ (GDK 1941), ‘Jagdflieger Heilmayer’ (GDK 1941), ‘U-bootskommandant Frauenheim’ (GDK 1941) and ‘Panzerfahrer’ (GDK 1942). He was commissioned to portray the most important leaders of the German Armed Forces, among them Karl Doenitz, Guenter Prien, Schuhart, Schulze, General Rommel, General Guderian and Großadmiral Erich Raeder.
In 1945 Willrich was taken prisoner by the Americans and interned in a camp at Normandy. At the end of 1945 he was transferred to an American military hospital. During his imprisonment he painted the portraits of numerous American officers. After his release in 1946 he found his house plundered, and the greater part of his work stolen or destroyed. In 1946 and 1947 he tried to resume earning a living as an artist, despite his steadily worsening health. In 1948 Willrich died of cancer at the age of 51.